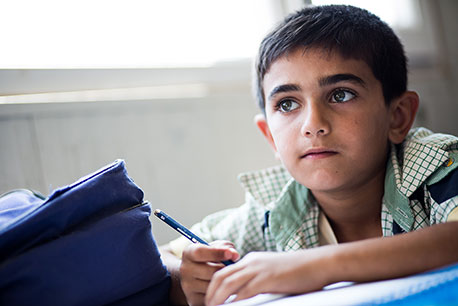 The Middle East and North Africa region has made substantial progress in reducing the number of children who do not attend school in the last decade, bringing hope and new opportunity to millions. Nevertheless, there is still unfinished business and in recent years, progress has stalled.

The out-of-school children are often those affected by conflict, the poorest, girls, those who live in rural areas and those from minority communities. Keeping children in school is also a major challenge, particularly in lower secondary school, where millions of children across the region are at risk of dropping out.

Serious barriers to education in the region include low education quality, poverty and child labour, persistent gender inequalities and conflict in the region, which has significantly hindered children’s opportunities to attend school and threatened the future of a generation.