East Asia and the Pacific 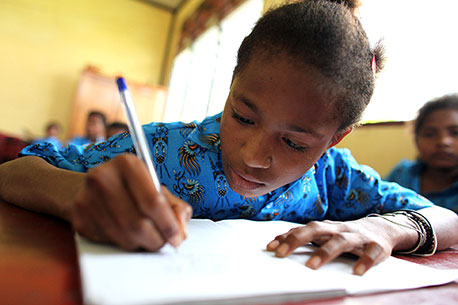 In the East Asia and the Pacific region, most countries have reached or are close to reaching universal education for primary-school-aged children. In the past decade, a reversal in gender patterns has occurred. Now girls are likely to have more years of schooling than boys. However some children remain excluded in some of the 28 countries that make up the region. Children from some ethnic groups remain out of school. Children struggling with poverty are also less likely to be found in classrooms than their wealthier peers.

Policy changes have led to the region’s successes in reducing the number of out-of-school children.

In Thailand, for example, the initiative partnered with the education system to change attitudes and raise awareness about a new law that required children to start school at age 6. As a result, school enrolment increased to 96 per cent from 86 per cent.

In Viet Nam, a lack of awareness about the importance of education and a paucity of child-centred approaches affected school enrolment. Efforts to improve education delivery by reforming curricula, improving teacher training and strengthening management were undertaken. As a result, preschool and primary school enrolment rates are on the rise, especially for children with disabilities, children from ethnic minorities and migrant children. The country is also experiencing a reduction in the dropout rates for lower secondary school.

In Indonesia, children from poor families in remote areas did not have nearby educational services. The initiative worked with policymakers so that household data rather than school-based data was used to determine the beneficiaries of education assistance and social protection schemes. As a result, the number of out-of-school children from age 7 to 15 was reduced by 500,000. 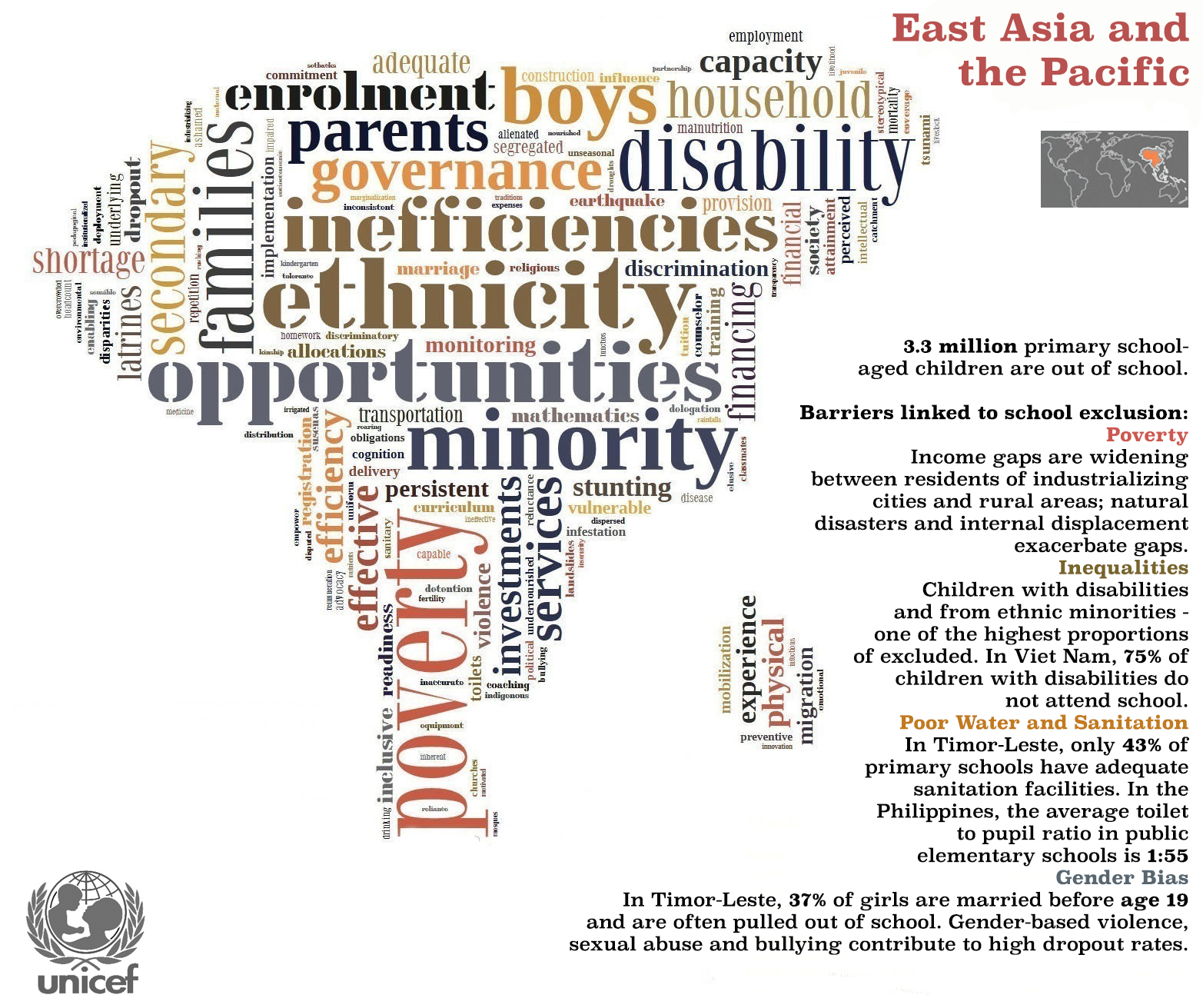