Discrimination based on gender is one of the primary impediments to education.

And it affects boys and girls.

In some regions, boys’ educational opportunities are limited by gender roles that force them to work rather than attend school. These financial responsibilities are often increased in boys’ adolescent years, making it difficult for them to complete secondary school in some regions.
However, in many parts of the world, girls are most often the victims of gender discrimination as they pursue an education. Indeed, poor girls from rural areas with uneducated mothers are the children most likely to be excluded from learning opportunities. In West and Central Africa, more than 40 percent of secondary school-aged girls are not in school. More than 60 per cent of illiterate young people in the world are women.
For girls, the barriers to education are multiple and include:

Investing in girls’ education is good for girls. But it also can help change the world. Research has shown that educated women are more likely to delay marriage and childbirth, immunize their children, improve their earning potential, and contribute to the prosperity of their communities.

Educating girls can also save lives. For example, it is estimated that if women had a secondary education there would be 49 per cent fewer deaths of children under age 5 in low and middle income countries: That would save 2.8 million lives. 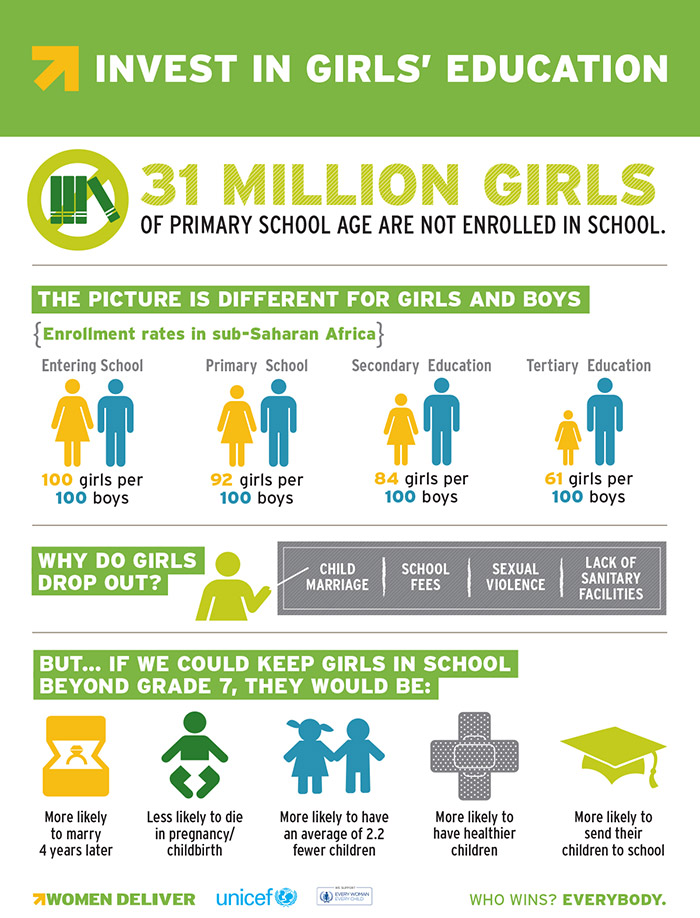